The Sickness by Alberto Barrera Tyszka 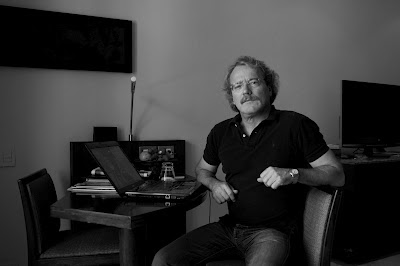 
Why has Venezuelan literature remained so completely untranslated and unknown in the United States and England? When compared to other Latin American countries, such as Mexico, Colombia, Peru, Argentina, or Chile, the number of Venezuelan writers translated into English has always been minimal. This hasn’t been for a lack of innovative, important writers. But Venezuela’s invisibility in the global literary landscape is an issue we don’t have time to address here. Regardless of that dilemma, Venezuelan literature has been experiencing a boom for the past decade, with an avalanche of publications, awards, workshops, presentations and a growing readership in Venezuela, Latin America and Spain. The Venezuelan boom is particularly evident in the field of fiction, where several generations of writers are currently producing work that is worthy of attention well beyond the country’s (or Latin America’s) borders. This spring gave us the publication in English of a short novel that’s emblematic of the Venezuelan literary boom at the beginning of the 21st century.

Alberto Barrera Tyszka (Caracas, 1960) was awarded the Herralde Prize by Editorial Anagrama in Barcelona, Spain for his novel La enfermedad in 2006. The award, which has been bestowed on the likes of Roberto Bolaño, Enrique Vila-Matas and Juan Villoro, helped catapult Barrera Tyszka’s name throughout the Spanish-speaking world. In Venezuela, Barrera Tyszka is a widely-read journalist, novelist and poet. His Sunday column in the newspaper El Nacional is one of the most widely-read in the country. There he tends to focus on Venezuela’s continuing political crisis, offering a partisan yet open-minded analysis of the country’s complicated situation from an opposition point of view. Barrera Tyszka makes his living as a scriptwriter for Spanish-language soap operas, or telenovelas. He’s also a Professor of Literature in the Escuela de Letras at the Universidad Central de Venezuela. These branches of his life as a public intellectual aren’t necessarily evident in this quick-paced, intimate novel. And yet, the efficient prose imbued with subtle poetic charge that Barrera Tyszka employs in this novel makes it a rare event. Writing about a terminal situation where the death of one of the main characters is announced within the first paragraph, he manages to keep the reader engaged in the unfolding layers of several lives that intersect with a dying father and his son during a period of several weeks.

In 2010, La enfermedad was published in a translation by Margaret Jull Acosta as The Sickness in England, where it received positive reviews and was short-listed for the Independent Foreign Fiction Prize. Now it’s been published here in the United States by Tin House Books. The novel concerns a doctor in Caracas named Andrés Miranda who finds out his father has terminal cancer. Dr. Miranda struggles with the news and how to tell his father, Javier Miranda. This central storyline is accompanied by several others that Barrera Tyszka masterfully weaves alongside the protagonist’s awareness of his father’s impending death. We follow the drama of a patient of Dr. Miranda who is convinced he has a grave illness, even after several doctors find nothing wrong with him. The patient begins to stalk Dr. Miranda and this leads him into an e-mail correspondence with the doctor’s secretary. Another thread develops after Javier Miranda finds out he is dying and tries to establish some sense of dignity as he faces a terrifying reality. We get to know his maid, a young woman who is struggling to keep her teenage son safe from the dangers of the hillside slum where they live, while helping the dying man confront his death. She ends up accompanying Javier to a self-help group called “Learning to Die” and they develop a friendship that remains distant yet irrevocably dependent on the other’s situation.

While the the central plot and its various satellites are wonderfully balanced, the novel builds up a tension the reader begins to feel as the inevitable death draws near. Barrera Tyszka portrays his characters, whether they are central to the novel or make minor appearances of less than a page, as living beings whose imperfections and complexities can sometimes make the book feel like a documentary, as though we’re peeking over someone’s shoulder at moments that might be too private or vulnerable. Barrera Tyszka’s varying roles as a telenovela scriptwriter, poet and newspaper columnist seem to contribute to the way language in this novel is so successfully employed, simultaneously accessible yet evocatively poetic. One example of this dual quality in his prose is the motif of language itself, and how it’s distorted by illness. When Andrés Miranda first sees the results of the tests that reveal his father’s cancer, we are presented with the idea of language, words themselves, being destroyed by the body and its illness:


“Andrés has a hedgehog on his tongue. His throat fills with pineapple rind.” (22)


Throughout the novel, Andrés alludes to a variety of writers whose work addresses the philosophical implications of medicine and the awareness of death. These interludes include figures such as Charles Baudelaire, Michel Foucault, William Carlos Willams and Susan Sontag. In this sense, we’re never able to forget that this is a poet’s novel, one that’s just as concerned with ideas as it is with action, plot and character development. The axis of the novel is a trip Andrés and Javier take to the island of Margarita, where he hopes to break the news to his father. They spend a week there and Andrés is unable to address the issue, until the words finally come out as if on their own, awkwardly, and without grace. His father is obviously stunned, and in describing his reaction Barrera Tyszka again turns to the disintegration of language:


“Andrés could see that his eyes were wet with tears and that beneath those tears lay something resembling both melancholy and rancor, some emotion for which the dictionary did not yet have a word.” (118)


Language is one of several themes that Barrera Tyszka obsessively returns to throughout the novel (along with memory, social norms, family, books, and health). These obsessive repetitions are shaped into a coherent story told in pieces, where the end result is known from the fist page. What keeps our attention is the way the story is told, a multitude of vivid fragments clustered around Javier Miranda’s dying body. There is no relief in this novel for the reader, much less for the doctor who’s accustomed to being a detached observer:


“For the first time, it occurs to him that the illness might take away from himself and his father something he had never thought it would: conversation, the ability to talk to each other. The illness is destroying their words as well.” (154)


What Alberto Barrera Tyszka does provide us is a map of tenderness, elusive moments of pain endured in the company of others, whether family or friends or acquaintances. It’s telling that the ever-present topic of Venezuela’s political crisis is turned into a minor aside in the book. Andrés and Javier do talk about it, but soon grow bored of the topic. Barrera Tyszka is instead concerned with creating a novel that is in a sense timeless, although the setting could only be Caracas, Venezuela in the early 2000s. The Sickness ends with yet another poetic image based on the power of language to interpret and heal. We’re not spared from Javier Miranda’s inevitable decline, but we are reminded of why the novel remains such a dynamic form, one that can include any type of discourse in the service of its goals, among them to entertain and enlighten.
Posted by Guillermo Parra at 26.6.12