The End of Archivo Hache 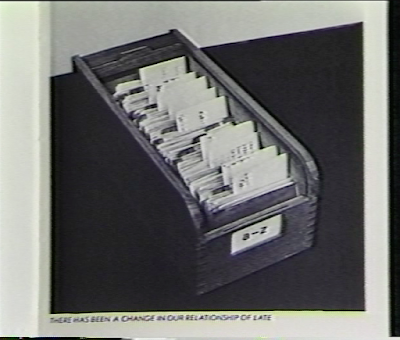 A week ago I was notified this would be my final column. At first, I wanted to say goodbye to my readers with a longer text. But I realized it would be a mistake to close in a manner different from the one in which readers gave me a couple minutes each week.

Journalism means seeking the truth behind the lies other journalists call news. Everything else is marketing.

During the years this column lasted, from week to week I sought to dissect a cultural system ruled by corruption and farce.

Describing all the types of mechanisms of High Cultural Fraud (its uses and customs) was the main theme of Archivo Hache.

I’m the first one to be surprised I lasted so many years pointing out this pseudo-mafia.

Being a literary writer, I wanted each column to be an aphoristic, gunslinging (like my grandfather) micro-essay.

Being critical won me enemies. Almost all of them writers and functionaries.

It also brought me a few readers. Starting in mid-2012, we opened a space to republish the columns (www.archivohache.blogspot.com). As I write these lines, the blog had 230,927 visits from all of you and the same number of thank yous on my part.

In 1997 I began to collaborate in a Baja California weekly and since then I haven’t stopped writing cultural journalism. Next week, for the first time in nearly two decades, I won’t have the obligation of sitting down to write my weekly piece for some media outlet.

I’ll listen to the same songs but this time I won’t have to type anything. It’ll be a strange afternoon in Tijuana.

Combining journalism and literature today means combining activism and performance. Creating an ethics out of aesthetics, in other words, wanting verbal beauty to dance with analytical truth, without us having any merit beyond playing one part of the music, and knowing that, since we’re in Mexico, we shouldn’t be surprised the dance includes gunshots.

Because this is the end of a series, I want to register that on the date of the closing of this failed archive, Mexico was in a narcopit, dug, once again, by the Institutional Revolutionary Party (PRI), in alliance with the cartel of transnational corporations.

And whose cultural apparatus (governmental institutions and affiliated companies) wanted to retake the remote control of opinions and networks, keyboards and screens, because, in reality, the president himself was a selfie in crisis within an infomercial full of manipulated voters.

We are passing through a sinister cultural tunnel. North American-Mexican control and the society of the spectacle have ruined the fabric of the critical imagination, and they design artists and writers in charge of providing an image of “civility,” “tradition,” and “novelty,” and of dismissing, silencing and attacking dissidents (and changing the topic).

I was critical in all directions. If I didn’t criticize someone, I beg your forgiveness for the oversight.

Archivo Hache has closed. Over and out.