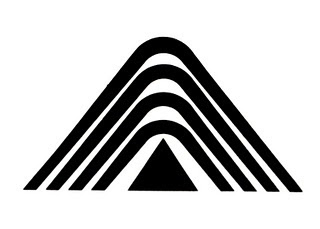 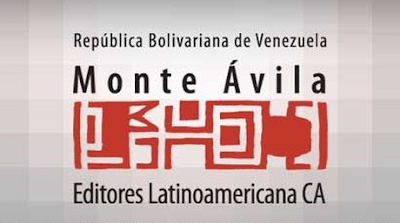 Yesterday I participated in a literary event at the Casa Nacional de las Letras Andrés Bello [Andrés Bello House of Letters]. The poetry reading took place with the winners of the 2014 edition of the annual Unpublished Authors Prize sponsored by Monte Ávila Editores. Our table included not only those of us who had won but also two members of the jury, Andrés Mejía (who works as an editor in Monte Ávila Editores) and William Osuna, the president of the Casa Nacional de las Letras Andrés Bello and who is also known for being one of the figures who defends the politics of the Chavista era.

Those who know me, who have read and listened to me, are aware that I oppose the Chavista regime. I was raised to “oppose something” because Chavismo reached power when I was 9 years old. I also oppose some of the politics of the opposition that, while they do operate at a disadvantage to those in power, have been disastrous for the country. Whatever I disagree with I say it, without fear.

The World Poetry Festival has been criticized by many people for being an event organized by the State. What I notice is that many of those people who criticize attended and supported the most recent annual international book fair FILVEN, which was also organized by the State. Incoherence? What’s the difference between the World Poetry Festival and FILVEN? I participated in both events and was able to read my poems, poems like “Rodilla en tierra,” for example. My book was chosen with all its poems so there was no harm in reading something controversial at a State-organized event. That’s what happened and I was the frightened one. The poem was well-received and no one insulted me, in fact the opposite happened: several people came up to me to ask me when the book comes out and to tell me they’d liked that poem specifically.

Yesterday at the World Poetry Festival, William Osuna sat beside me, and he spoke to the public about our books and gathered the poetic universe that each one of the winners exposes in their work. He was very friendly and I was able to speak with him for a long time. I liked him. We spoke of literature and the books that won, and something that was making me nervous: not a single political commentary was emitted to make anyone uncomfortable. My husband José Delpino was in the audience and took various photos of the event. The room where we read was beautiful, above us hung an enormous painting with a portrait of Andrés Bello and the chairs we sat in were so elegant someone thought they belonged in the National Assembly. I had never read in such a formal place and with those characteristics.

But I didn’t want to post the photos where we all appeared to any of my social media because I knew that, had I posted them, several people would say ill-intentioned things. I know it because I see the comments they make about my friends, because I know they call certain poets “Chavistas” merely for winning prizes awarded by the State, because I know what people are capable of saying behind each other’s backs. And actually, a friend with whom I was close until only recently, actually dismissed the prize (and thus my poetry), just because one person in the jury was Chavista. Where is all this leading us? The event we were gathered for wasn’t political, it was literary, despite being hosted by certain institutions. I participated because I won a prize and I wasn’t defending any type of politics there. Does poetry allow so much polarization?

I know that some people will say Chavismo does the same thing with poets from the opposition and I can’t agree with them much. There are more of us writers from the opposition who are invited to government events than Chavista writers invited to literary events organized by the opposition. I also know that invitations have been sent and writers from both sides have rejected them. That’s how far polarization reaches and whoever thinks the government is the only one with radical ideas is wrong. Both sides have radical groups and that passion for defending ideologies is making us lose our focus and our commitment to literature. You think authors should be political entities? Yes, that’s possible. All of us choose what we defend, all of us have to be for and against something, but the problem is when we resort to insults and discrediting people merely because of our ideological differences with others. Or when we share the same ideology but our participation in a particular event makes others think one has changed sides. Do we have to know? Does a poem lose or gain quality merely by being written by someone in a particular party? Poetry should defend itself and shouldn’t admit such pettiness. I imagine that just like I stopped myself from uploading a photo to my social media just because I appear beside a Chavista writer and politician, some Chavista writer has stopped herself from doing the same because she’s seen with someone from the opposition. It’s a mutual circle we might never escape. This is our curse.

Or maybe, what some might see is that I’m 25 years old and I’m too innocent to view things as they are. That will be my problem and I’ll keep doing what I like: to defend and disseminate the quality of things without insulting or degrading anyone for having different politics from me. Thanks to which I have friends, whom I will also defend.