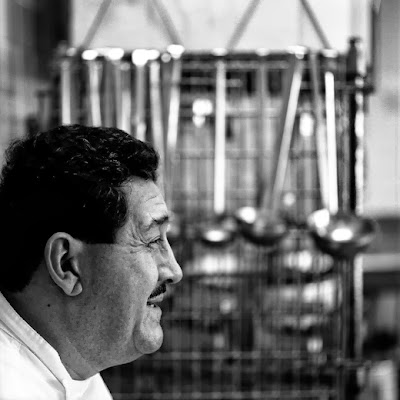 I met Frank Lima on April 20, 1998 in New York City, at a reading he gave with David Shapiro in a nearly empty bar in TriBeca. I was living in Providence at the time and took a bus down specifically to see him read. I happen to know the date because after the reading, my girlfriend and I walked over to him and introduced ourselves and he signed my copy of his new book Inventory: New & Selected Poems (West Stockbridge, MA: Hard Press, 1997) with the following words: "Thank you for being here with me. Love, Frank Lima April 20/98 Siempre"

Some friends and I had recently published one issue of a magazine dedicated to U.S. Latino literature and we were planning on a second issue, so I asked him if he might have anything we could publish. He asked: “Are you a poet?” and when I answered affirmatively, he smiled and chatted with us for a while and eventually promised to send us something. The second issue never materialized but true to his word, Frank mailed us a new poem a few months later, the stunning “Oda Negra,” which has yet to be published (but can be read in a note at my Facebook page).

I first heard about Frank Lima in the early 1990s, when I was an undergrad at the University of South Florida, browsing and researching in the library, which is where I would spend much of my free time in college. Frank was mentioned in relation to his friend Frank O’Hara and other writers of the first and second generations of New York School poets. I think the first time I saw his name was in relation to the photo of Frank at a reading with Amiri Baraka (then LeRoi Jones), O’Hara and others at Wagner College in 1962. Frank sits in the back with a semi-gangster face, listening intently or skeptically while someone speaks. 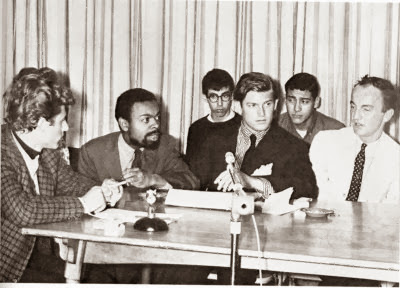 The photo makes me think of Frank’s marginal, semi-invisible position within the New York School, a close friend, student and confidant of several prominent poets but whose own work has always been hard to find and today remains out of print. I was only able to actually read Frank’s poems for the first time in 1997, when Inventory: New & Selected Poems was published. And as soon as I read them I fell in love with his work, with its weird, goofy wit and its common sense New York City surrealism.

It seems so obvious and tragic for me to have to write this, but a collected poems of Frank Lima is long overdue. After his third book, Angel: New Poems (New York: Liveright, 1976), Frank retreated from poetry. Two decades later he emerged from a long silence with the wonderful Inventory: New & Selected Poems. A new volume of poems entitled The Beatitudes was scheduled to be published by Hard Press in the fall of 2000, but that book has yet to appear. Frank told me on the phone once around 1999/2000 that the book had been sabotaged by fellow poets and by editors who found the content disturbing and sacrilegious. It seemed absurd to me that someone wouldn’t want to publish these new poems and I was never able to figure out what exactly happened to the book. 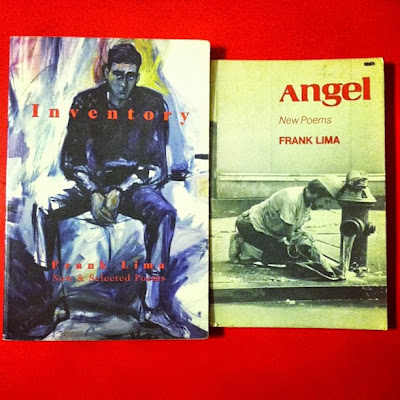 I lost contact with Frank in the mid-2000s. We only met in person once, and spoke on the phone and via letters a dozen or so times. When I met him he was a master chef instructor at the New York Restaurant School in Manhattan. It was around this time, the late 1990s and early 2000s, that he returned to the poetry world, getting interviewed for a cover article in Poets & Writers and publishing new poems in various literary magazines and journals. One particular publication that stands out is the sequence of 5 poems he published in 6x6 #5 (Brooklyn, NY: Ugly Duckling Presse, 2001), from which the title for that issue was taken: “Our goal is the victory of midnight and its autobiography of touch.” This is the opening line of the poem “Germelshausen,” which Frank dates “Sept. 28 2001.” 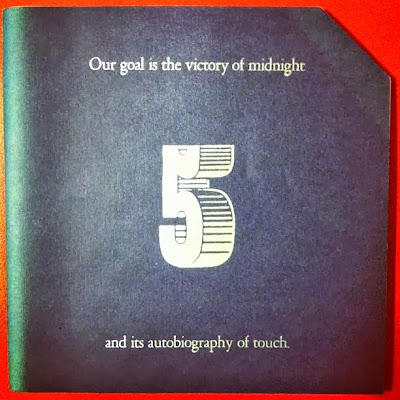 The following four poems are dated in subsequent weeks, and they are obviously written in response to the recent attacks on the Twin Towers, although the sequence is anything but obvious. These five poems are Frank Lima at the peak of his powers, writing stunningly beautiful and terrifying lines, such as:

I have been diagnosed with the gospels of a paper life.
This is the sorrow of poetry in America. It is the smallest state in this
Wealthy country, the heady promise of high school English:
An enormously destructive idea contributing to the uncertainty of a suicide

Bomber who would rather write poetry. There is no light or sound in this
Desert, just an ill equipped hospital of common errors, booze and
Assassinations when conditions don’t improve. Why I come here is
Beyond me...

Interestingly, most copies of this issue of 6x6 were destroyed in a fire, making whatever copies survived quite rare. Again, I stumble on the invisibility of Frank’s poetry, its marginal position within the now canonical, or semi-canonical New York School of poets. Had I the means, I’d find a way to publish the edition of collected poems that his work so deserves.

In the spring of 2001, I interviewed Frank for another magazine project that was never published. In 2004, I put up the interview at a blog I called NYP: An Interview w/ Frank Lima. When I asked Frank (in a much too convoluted manner) if he identified as a Latino poet he said the following:

I write poetry because I have to, not because I want to. My intentions were never to be a poet. It just happened in a unique situation. It was Sherman Drexler, the painter, who suggested I write poetry. He was nuts, so I thought at the time. He said, “Write like you talk.” End of story. The sources I draw from for “inspiration” are universal. I do not want to be a “Latino” poet. That tag is limiting to a particular group and style, although a necessary means as a vehicle and a point to start from, especially for those amongst our people who are not familiar with this peculiar form of writing. All well and good. But it does not end there, and that is the impression being cast that I do not want to be a part of. I do not feel I have to pontificate to any one of my origins and roots. To me, they are nonexistent in a cloudy past. We are not going to get California and Texas back, never. Puerto Rican Independence is just a charming idea at best. Art is much bigger than that. My poetry is much bigger than that. I do not want to be limited to screaming and bombast for the sake of being heard. That is esthetic colonialism and just too fuck'en easy to do. Our culture is richer and classier than glorifying El Barrio. Our humanity is more enduring than slang, although it can be cute at times. We have an enormous language.

The night I saw him read in New York City, Frank mentioned that Allen Ginsberg had said he should always carry a pocket notebook with him, in order to jot down interesting sights and observations as they came. I had heard Ginsberg say the same thing at Naropa in the summer of 1993. Hearing Frank mention it that night reminded me of the joys and responsibility of daily writing, daily practice, poetry as a way of living, the self as page, pen, camera.

I remember talking to Frank one afternoon from a pay phone at Boston University, the week I arrived there to begin my M.A. in Creative Writing in the fall of 1998. Frank told me about getting his M.F.A. in Creative Writing from Columbia University in the early 1970s, when he was trying to make a living, write poetry and overcome drug addiction. We chatted about a few other things which I don’t remember now. What I do recall is how privileged I felt every time I spoke to Frank on the phone or received a letter from him. I admire his resilience over the years, his ability to remain silent when that was necessary, and most of all I admire his poetry.

[...] Will the seraphs with dates in their hair grant my last wish before
Oblivion? In the end, we will fall from a high place, resembling aluminum
Foil Christmas tears glittering in the sun, you will find me in the throes of
My last vision of romantic daydreaming and assimilate the prologue of my
Autobiography with these omnivorous culinary scribbles.